I’m not a big fan of Facebook due to numerous privacy concerns. I’ve gone back and forth on the subject of closing my account for some time, but as yet still haven’t pulled the trigger.

I rarely make use of the platform, and when I do I’m typically reminded of the reasons that I should opt out, in as much as that is possible (read: it isn’t). As an aside, I’ve made some efforts to de-Google my life, and it’s even harder to opt out of their ecosystem.

This time around, I decided to spend some time reviewing the information dump available in the Facebook settings area. The dump consists of a huge amount of user-visible information (friends, comments, likes, instant messages, etc.) and a small amount of data that isn’t usually visible to users.

Of particular interest in this latter category was the “Friend peer group” (in which I am apprently associated with people who are in the “Established Adult Life” stage), the IP address information, and the “Advertisers Who Uploaded a Contact List With Your Information” view. This contains a list of advertising entities, who, as Facebook describes it, uploaded my information to Facebook.

I performed some basic analysis on these advertisers. At a high level, the categories are a bit skewed by one big player: 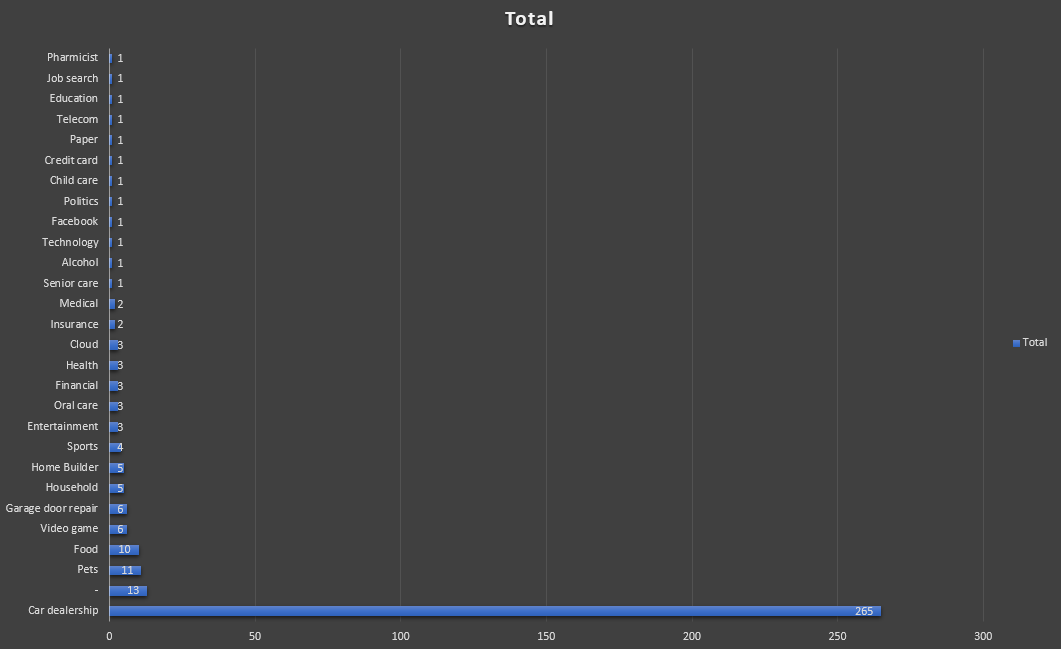 So apparently, car companies love me. Various car dealers all around the country make up 265 out of the 356 entries in my advertiser list. Why? Couldn’t say, I’m not exactly what you would call a primo target for car companies. Is this a normal thing for others? I have no idea.

Normalizing the remaining categories by slicing out the car dealers, the (sideways) long tail becomes a little easier to examine: 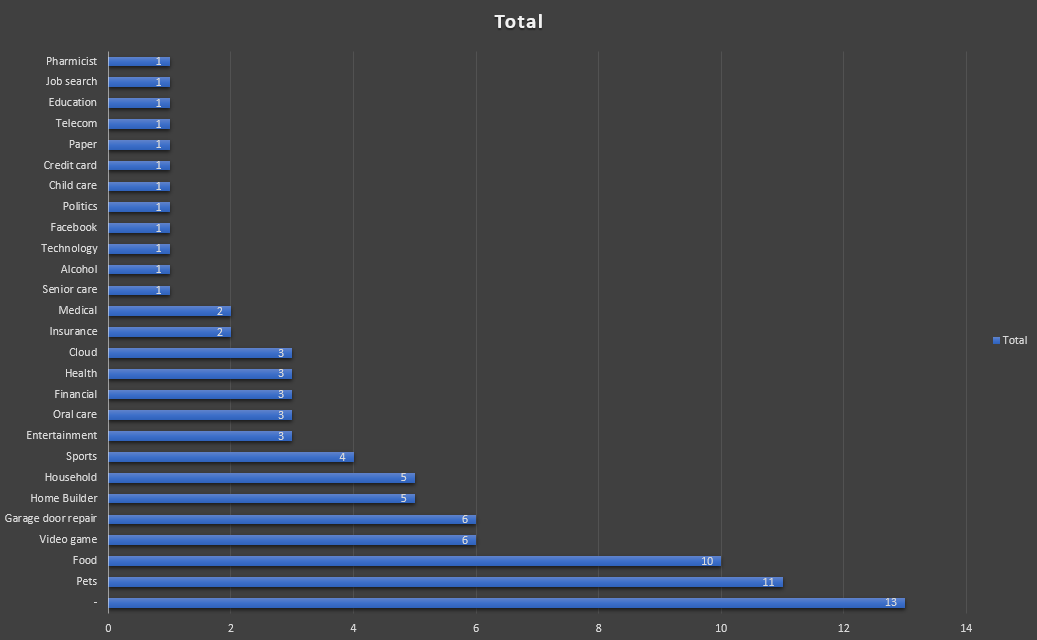 Some observations and questions raised by this data:

After these larger groupings, we switch into the fun part: longtail analysis. The outliers range from benign to bizarre. Some of my favorites:

Overall, this leads me to think that Facebook’s demographic information isn’t as accurate as they make it out to be. This would be in line with recent news that their video ad placement was possibly misrepresented in terms of its value and impact.

I’m also curious why car dealers make up such a huge portion of the advertisers in the list. I suspect that car dealers are part of some big fraternity of information selling/sharing amongst themselves. Who wants to bet they don’t do a great job of securing that information?

That aside, this exercise showed me some very important gaps in this superficial way that Facebook gives “control” to its users, with regards to the use of their data: while Facebook discloses a list of advertisers in the personal data dump, they don’t clarify who those advertisers are (leaving some of them vague and hard to verify). I think this is something that Facebook should be required to clarify by providing more than just a single name entry for the advertiser in question.

Next, Facebook does not indicate what specific data the advertiser had, only that the advertiser “… Uploaded a Contact List With Your Information.” I think Facebook should be required to disclose specific details about what information these companies are sharing.

The other big knowledge gap is more complex. Facebook does not provide the user with any indication of how the advertiser originally came to possess the information that they shared with Facebook. This isn’t to say that Facebook should (or even could) answer that question, but it is an important one that consumers should be able to trace back and get an answer to. I genuinely have no idea why so many car companies, garage door servicers, sports brands, or child care companies have me in their databases. I sure would like to know.