Welcome to “DMs to myself,” where I will be going through messages from Twitter that I sent to myself. I do this in an effort to keep track of interesting or valuable pieces of information that flow through the ether that is Twitter’s timeline. Think of this as an “in case you missed it,” but really directed at myself.

“Pentesters: What do you use for taking notes, PoCs during your assessments? #pentesting #reporting”

This tweet alone is worth a blog post. There were a ton of replies with what folks use for their note taking such as:

There were a few other tools mentioned, some of which I couldn’t find by the names used in the tweets, and some of which I think were a bit out of scope for the original question asked. This tweet was from 2017, but another up-and-comer these days that is highly recommended by a colleague of mine is Notion. This one has a long way to go in the features department, but they are off to a great start. I’ll be keeping my eye on this one.

““I have read and agree to the Terms” is the biggest lie on the web. We aim to fix that. https://tosdr.org/ // very good idea, Thank you”

This is an amazing project that seeks to inform users, and make the world just a little bit better of a place. In their own words:

Terms of service are often too long to read, but it’s important to understand what’s in them. Your rights online depend on them. We hope that our ratings can help you get informed about your rights. Do not hesitate to click on a service below, to have more details!”

They offer a plugin for web browsers. I’m a bit wary of that part, but the overall project is a great idea, and I’ve referred to it multiple times. Probably one of the biggest challenges is simply the scale of the problem at hand, and trying to keep track and maintain up to date information about numerous companies/services. 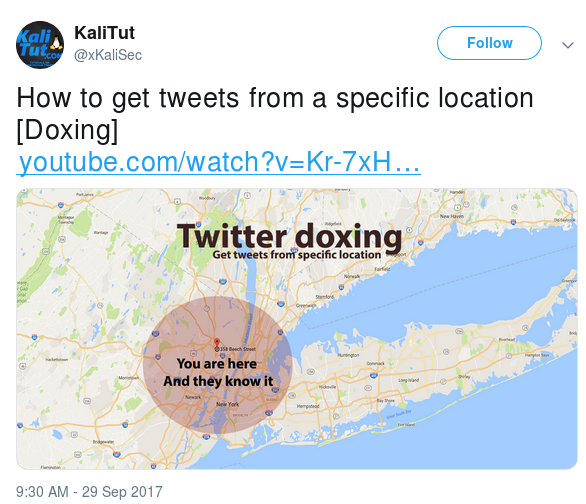 “How to get tweets from a specific location [Doxing] https://www.youtube.com/watch?v=Kr-7xHF4e4Q …”

I had seen prior art on identifying images from platforms like instagram and facebook based on their geo location. Many of those techniques have gone away since there are often privacy concerns related to the functionality. It kind of blew my mind that this feature is still built right into Twitter as a platform, and publicly searchable. All a user need do is enter the search “geocode:” followed by latitude and longitude coordinates, and another comma-separated parameter with the diameter size of the circle around those coordinates to include tweets from. Here’s an example of tweets made within .1km of the White House: 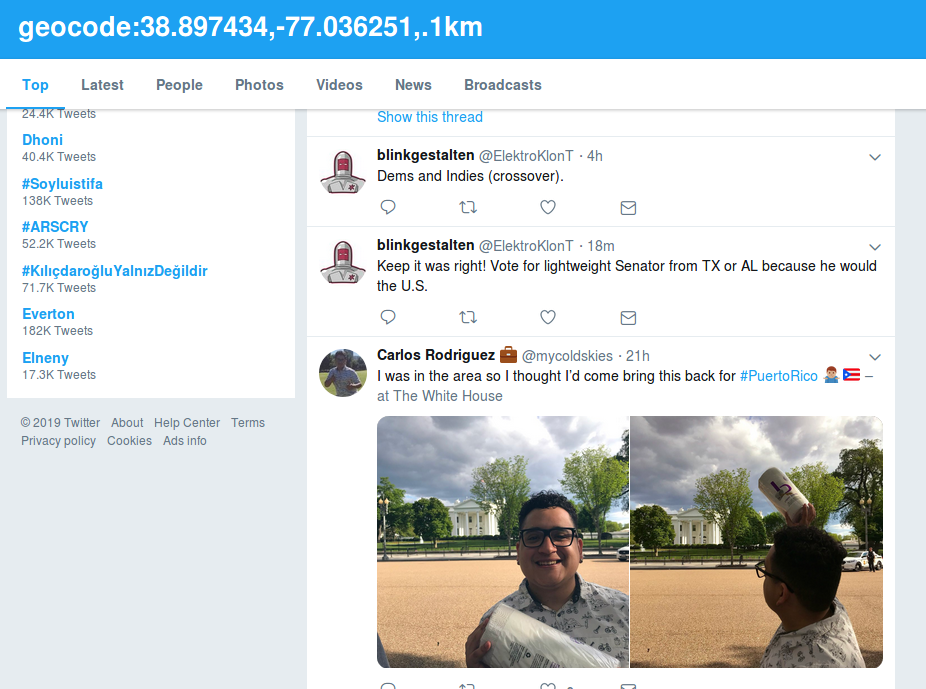 There is a pretty obvious high-popularity tweeter that seems to be absent from the data, but there is still a huge amount of room for abuse of this feature. My gut instinct is there is more abuse potential than legitimate use/research, but I’d be curious to read the thoughts of others, on the matter.

“Wow! A PowerShell-based wargame to teach you PowerShell, Windows management, and a bit of incident response? Yes! http://www.underthewire.tech “

I’ve spent about five minutes on this “wargames” site and I’m already in love. This is the kind of fun education that “educational games” back in the day failed to achieve (I’m look at you, Math Blaster). 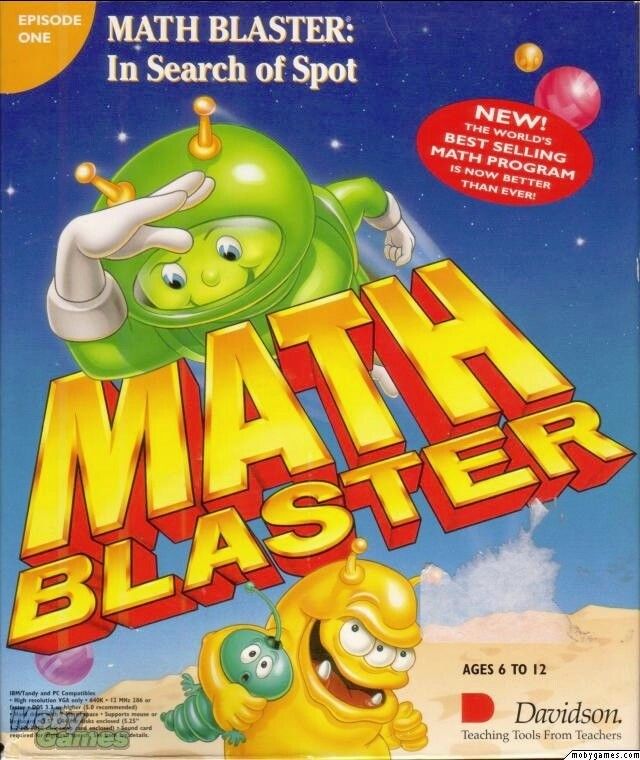 This reminds me a lot of the JavaScript game Untrusted that I have posted about before. I may have a new series of walkthroughs to work on, soon…

“Did you know that “netsh wlan show profile” shows every network your computer has ever connected to? And “key=clear” shows the passwords?”

Just a quick, easy command to look at where a given machine has been, from a wifi perspective. Potentially useful in a security assessment of a given device, or just in recovering your own wifi password.

What had happened was… It didn’t take long to learn (or re-learn) some more interesting things, thanks to Thinkst Canary Tokens.