Another quickie. This level introduces laser beams that will kill the player unless the player’s current color matches that of the laser. The problem is the lasers are all colorless: 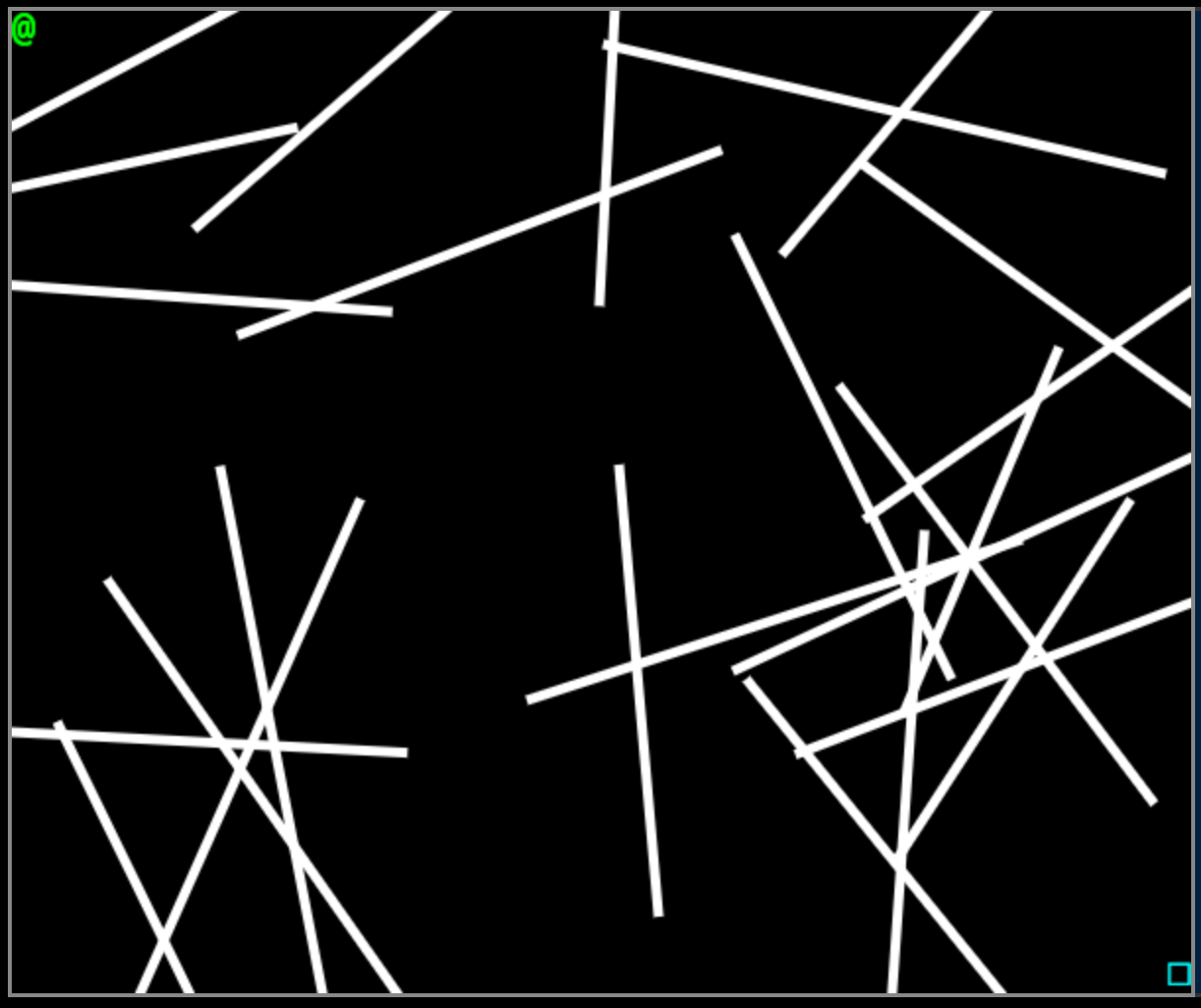 Or at least, they appear to be. Your first impulse might be to remove all the code for the lasers. Trying this even seems to work at first, but it’s a clever trick: removing the first block of editable code removes the rendering of the lasers, but they are still present. Instead of removing the code, we can make a simple change to it to reveal the color of each laser: ctx.strokeStyle = color;

Now we get a much clearer picture of what we have to contend with: 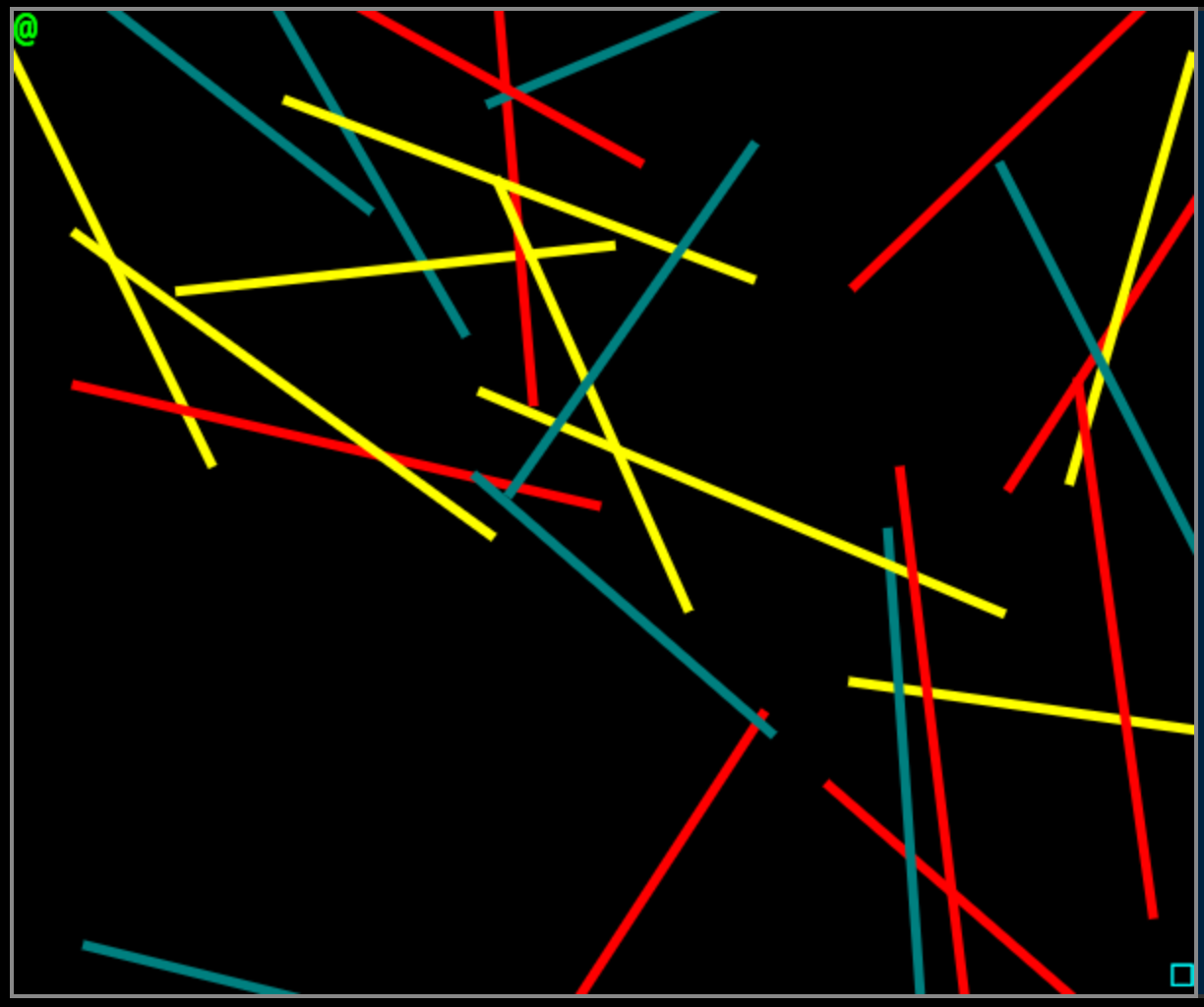 Since the logic in the code reveals that the player color determines whether or not the lasers are deadly, we can modify a piece of code from a prior level and drop it in to rotate the player color: